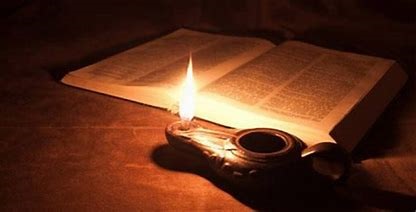 This will be the last of the three major story lines begun in chpt 18. The conflict between King Saul and David was the first and will continue until the death of Saul (1Sam 31) in battle against the Philistines. Civil war would continue until the death of Ishbosheth, Saul’s son, in 2Sam 4:7, and David finally ascended the throne over a unified Israel in 2Sam 5. David and Michal’s saga would continue until her death (The exact time unknown, but her sad history is confirmed as unchanged in 2Sam 6:23). The third and most significant story that began in chpt 18 takes shape here in chpt 20, the story of David and Jonathan. Within its context we can see explained one of the many mechanisms used by God to secure our salvation in Christ Jesus the Lord. It is a picture of good things to come.

1Sam 18:1-4 and 19:1-7 serve as a foundation in understanding the relationship between David and Jonathan. The scripture tells us that Jonathan “loved [David] as his own soul.” (18:3) David’s commentary on this love is found in his eulogy upon learning of Jonathan’s death. “Thy love to me” he lamented, “was wonderful, passing the love of women.” When you consider what happened with Michal and her love for David (18:20), you can see her betrayal was no small thing in David’s eyes. When contrasted to Jonathan’s loyalty in equally dangerous moments (1Sam 20:33), you can better appreciate David’s reflection. So it was upon this foundation of love, not just of emotion but of love in action, David and Jonathan will make a covenant. Specifically: “[David] shalt not cut off [his] kindness from [Jonathan’s] house for ever: no, not when the LORD hath cut off the enemies of David every one from the face of the earth.” (1Sam 20:15)

Now, let’s step back for a moment and consider, why does God forgive someone who comes to Christ in faith? What is the basis for that forgiveness? “God is a love. (1Jn 4:8) He forgives us because He loves us,” is an answer I often hear, but that is an incomplete answer. God is also righteous. “Shall not the Judge of all the earth do right?” (Gen 18:25) His love motivates Him to action (Jn 3:16), but everything He does must also be righteous. Our forgiveness is motivated out of God’s love, but the accomplishment must also be the right thing to do. (Rom 3:25) An earthly judge that forgives criminals simply out of a sense of compassion is an unjust judge. We all know that’s true and would rightly condemn an earthly judge for such unrighteous behavior. How then is a man to be saved, to be forgiven of all his sins before a perfectly righteous Judge? It’s a question that demands an answer and one which the Judge Himself lovingly provides in His Word.

Now return to 1Sam 20. At first, the covenant between David and Jonathan does not seem to profit anyone. Jonathan is killed along with their father in a great battle against the Philistines. (1Sam 31:1-7) Civil war ensues between the house of Saul and the house of David for seven and a half years until David finally emerges victorious. (2Sam 5:5) Upon defeat and uncertain of their lives, some of the house of Saul fled. The nurse of Jonathan’s son, for example, grabbed the young five-year-old boy, Mephibosheth, and escaped to house of Machir, the son of Ammiel, in Lodebar. Such was her haste, however, that she dropped the lad and he became lame on both feet. (2Sam 4:4)

Years passed, the kingdom prospered, and the promise made between David and Jonathan so long ago still sat idle. Sometimes it seems that is the way with the Lord. It was four thousand years from the time of the promised Seed in Gen 3:15 was fulfilled. But “when the fulness of the time was come, God sent forth his Son, made of a woman, made under the law, To redeem them that were under the law, that we might receive the adoption of sons.” (Ga 4:4) It’s only been two thousand years since Christ Jesus made another promise; this time to come again. Does it seem like a long time to you? Sometimes I forget the Lord’s admonition to “be not ignorant of this one thing, that one day is with the Lord as a thousand years, and a thousand years as one day. The Lord is not slack concerning his promise, as some men count slackness; but is longsuffering to us-ward, not willing that any should perish, but that all should come to repentance. But the day of the Lord will come.” Wouldn’t it be nice if today was the day.

Then one day, in 2Sam 9:1, it happened. “And David said, Is there yet any that is left of the house of Saul, that I may shew him kindness for Jonathan’s sake?” There was a young man, lame on both feet, that was about to experience the “kindness of God.” What did he do to deserve it? How did he earn it? On what basis was it offered? I wonder what Mephibosheth thought when he received the summons from the king? I have a clue, “Now when Mephibosheth, the son of Jonathan, the son of Saul, was come unto David, he fell on his face, and did reverence. And David said, Mephibosheth. And he answered, Behold thy servant!” (2Sam 9:6) He was afraid and reasonably so.

How did David respond? “And David said unto him, Fear not: for I will surely shew thee kindness for Jonathan thy father’s sake, and will restore thee all the land of Saul thy father; and thou shalt eat bread at my table continually.” Mephibosheth was accepted before King David, not because anything Mephibosheth did, but on account of another. God offers the same kindness today, “And be ye kind one to another, tenderhearted, forgiving one another, even as God for Christ’s sake hath forgiven you.” God has made an unbreakable covenant that all who come to Christ Jesus will be forgiven because of what Christ did. It is for “Christ’s sake” we are forgiven and only for His sake. What a story. What a picture of things to come. We sit at the King’s table as children of God and enjoy His bounty, love, and all things good.

If you haven’t thanked God for your salvation today, then do so. Do it often. What was Mephibosheth’s response? “And he bowed himself, and said, What is thy servant, that thou shouldest look upon such a dead dog as I am?” Humility. Gratefulness. I’m guessing the more he thought about it the more thankful he became. (See 2Sam 19:23-30) Let’s be like that.

Special note: At this time there was another Mephibosheth in Israel of the house of Saul. He was Saul’s son, not Jonathan’s. There came a day of judgment. Unprotected by the covenant between David and Jonathan, his end was quite different than the son of Jonathan. (See 2Sam 21:1-9)