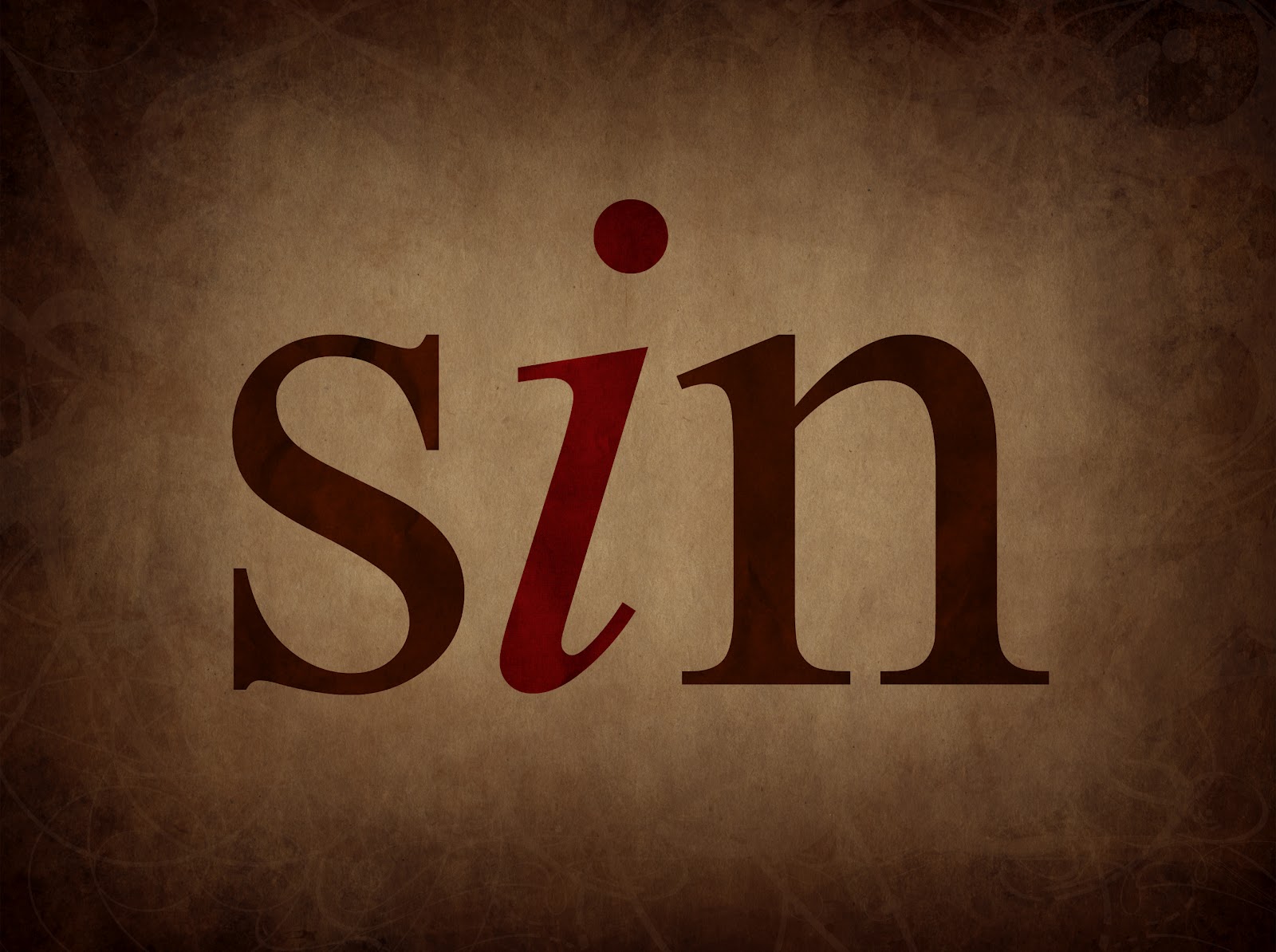 Hello, my name is Mike Jackson. I am a pastor and teacher at Free Born Church. I would like to discuss with you the subject of Sin.

I know that this is not a subject that anyone is comfortable talking about, especially in the current social environment. Many of you might feel that this is an old-fashioned idea that was designed to scare children and control them. Perhaps you are of the opinion that the only real sin is the most obvious evils like genocide and child abuse. Or perhaps you think that the real sin is eco-sin, like climate change, or strip mining a rainforest. Or quite possibly you consider the intolerance of evangelicals who preach against sin as the real sin. So even though we might disagree on the definition of sin, I think we all actually agree that sin really does exist. So let me begin by establishing that agreement.

At its most fundamental level, sin is an offense, and that is something that everyone can understand because everyone has personal experience with offense. We have all offended others, and we have all been offended by others — even the most open minded and tolerant person among us. It might have taken the shape of a personal slight, a public insult, or even a criminal act. But regardless of the form it took, it was a word or action that damaged someone. This also includes those things that damage ourselves. Even if we like them, if they degrade us, demean us, or dehumanize us then they are an offense against self. We can play with words and call it any number of things, but in its most basic essence, Christians call that offense, Sin. So on the point that Sin is real, regardless of what we call it, I think we all do agree.

I think we can all also agree that sin is not subjective. Subjective morality might be popular but it doesn’t require much thought to realize that is an incoherent idea. If good and bad are subjective, meaning they are unique and different for every person, then how can anyone’s offense be meaningful? If you believe that intolerance or bigotry are wrong and that society should punish them, you are implying that sin is not subjective. You are asserting that there is an absolute morality that everyone must comply with whenever they act and speak… and even think. Without this objective, moral principle, there could be no victims and consequently there could be no offenses. Rather the argument could be made that the only real offense in a subjective moral landscape is being offended, since that would be to essentially force your morality on others. But even if we were to accept that premise, and correspondingly suppress any feelings of being offended, that would only prove that the doctrine of moral subjectivity is an objective moral imperative. It would be as oxymoronic as saying, “The only truth is that there is no truth.” There simply is no way to get around what our universal human experience plainly teaches us: Sin is an objective reality. It does not depend on your opinion, nor on mine, nor on anyone else’s.

I think we should now also be able to agree that sin never changes. What was sin thousands of years ago, still is. It might seem that sin has changed because humanity has supposedly progressed and activities and attitudes that were considered an abomination in the past are accepted and even praised today. But that is not evidence that sin has changed. All it proves is that some people are pretending that what damages others isn’t important, because it doesn’t affect them personally. That isn’t tolerance, it is callous disregard for the true victims. And that is to say nothing of the universal objective morality that sin violates. Just because my behaviour doesn’t offend you and your behaviour doesn’t offend me does not mean that it isn’t sin. Sin is an objective reality precisely because it offends an objective moral code. That code does not change. When we consider behaviour that doesn’t seem to have a specific and identifiable victim, that is difficult to conceptualize. However, sins like theft, murder, rape, abuse, fraud, and defamation are obviously still sins just as they always have and always will be sins. While the identifiable victim of these crimes is the main reason we still see them as wrong after thousands of years and across layers of culture, the actual reason they are sin is the same reason that all sin is always sin: they are an assault on our common, timeless, objective moral code.

Another truth about sin that we should all be able to accept, even though it is off putting, is that sin, even the smallest amount, invalidates all goodness. Of course, this goes against the common conception of a large balance with good works piled up on one side and bad works stacked up on the other. But we all know that isn’t how it works at all. It doesn’t work that way with our own relationships, nor does it work that way with God. In our own relationships, if someone offends us; if they say or do something that hurts us — emotionally or physically — that undoes any good they might have ever done for us. Sure, so long as their behaviour is tolerable we overlook it, but the moment it becomes offensive, then nothing else matters any more. That is the point when marriages fall apart, when friendships fall apart, even families break apart at the point of offense. Often it doesn’t take a great deal of offense either. Often that offense is relatively small and inconsequential, but it is enough and we have had enough. It is common for an offender to try to make up for their bad behavior with token kindnesses like giving flowers, or taking the person out for dinner, or giving them jewelry or other gifts. But unless they also repent of their sin, those tokens are odious and only make matters worse. Because good does not overcome bad. Bad overcomes good. Think about this simple illustration: How many stop signs must you obey before you are permitted to drive through a stop sign without stopping? Obviously there is no such thing. It doesn’t matter how long you have obeyed the traffic laws, you never get a free pass to disobey them. And if you do run a stop sign, and a cop sees you, you will get a ticket and suffer all the consequences, as if you had never obeyed any traffic laws in your life.

One last fundamental truth about sin that we all need to accept is that ultimately it must be judged and condemned. Not punished… annihilated. Since there is an eternal objective moral code there must be an uncompromising, eternal moral agent that enacted that code and enforces it. In fact, that moral code is nothing less than the will of the moral agent. It is his value system imposed on everyone. This might seem unfair of God to impose his will on everyone like that, but we all do the same thing, just on a smaller scale. When we are offended by someone’s behaviour, we are doing nothing less than imposing our will on them. We are, in effect, saying to them that they are not free to speak or act as they wish; that they must consider and comply with our will. What gives us that right? And if you do have the right to insist that others not damage you, then God has that right as well. And since his sphere of influence is universal, then his will is imposed universally. And just as you act within your power to rid the sphere of your life of offense and offensive people, God does so as well. But God’s sphere is enormous and only utter condemnation is an appropriate response.

The Bible teaches us that Jesus did precisely that. He annihilated sin on the cross. Just not the way we might have imagined, and maybe not the way we would have preferred. He annihilated sin so as to not annihilate the sinner. He annihilated sin by crucifying us with himself. In effect, those that believe on Jesus die with Jesus and are therefore dead to sin. If you put your faith in Jesus, it will result in the death of your will and of your independence. If you reject that sacrifice then you reject Jesus. But you should understand exactly what choice you are actually making. You are not really choosing between yourself and Christ. You are really choosing between Sin and Christ. If you are alive to your will and passions, then you are a slave to sin. If you wish to be free from the bondage of sin, you must die to self so that you can be alive to serve God. I know it is a difficult choice. Trust me, I know. And Jesus knows also. He cautions us to think about it very carefully and not to make this decision lightly. But he also promises, on his life, that if you trust him enough to put your life in his hands, he will not let you be ashamed or perish. He promises to give you eternal life, free from the bondage of sin to all those who believe in him.

If you would like to discuss this issue further, or any other question or difficulty, you can contact me at mnj@freebornchurch.com.